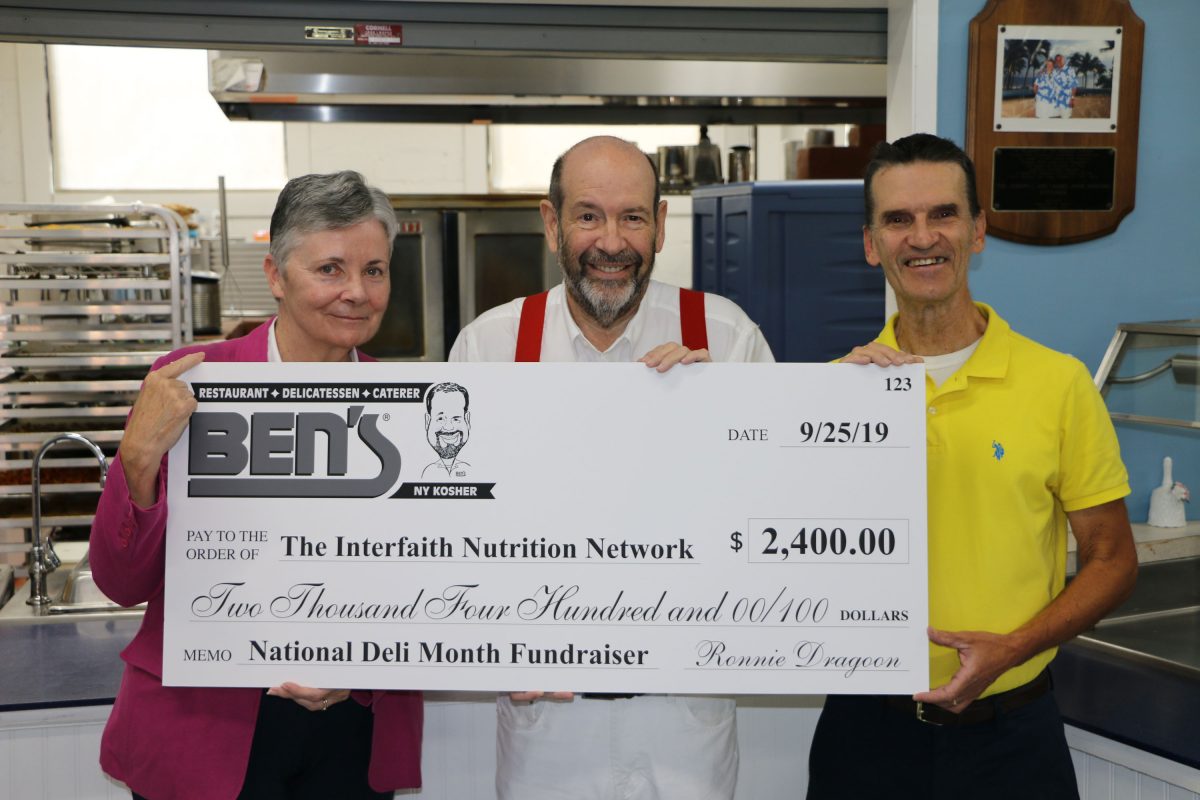 The money was raised from a promotion during National Deli Month. From August 1-31, Ben’s offered its customers a prix fixe menu special, with a portion of the sales proceeds going to benefit the Mary Brennan INN.

The INN is a not-for-profit, volunteer-based organization that provides a broad variety of essential services to assist those facing hunger, homelessness and extreme poverty. Ben’s has a special connection to The INN as Ben’s Founder-Owner, Ronnie Dragoon, has been a member of its Board of Directors for almost 20 years.

“We are proud to be longtime supporters of The INN,” Mr. Dragoon said. “We want to recognize the organization’s work that they do in helping the less fortunate who seek to become self-sufficient.”

“We wish to thank Ben’s for its generous donation,” Ms. Kelly said. “We also want to give thanks to the Ben’s customers who patronized the restaurant during National Deli Month. By ordering from the prix fixe menu, they helped raise money for our organization which will be used to help those in need on Long Island.”